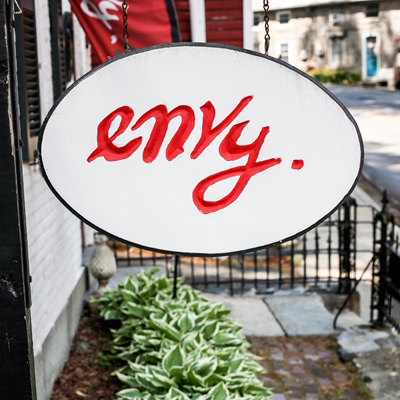 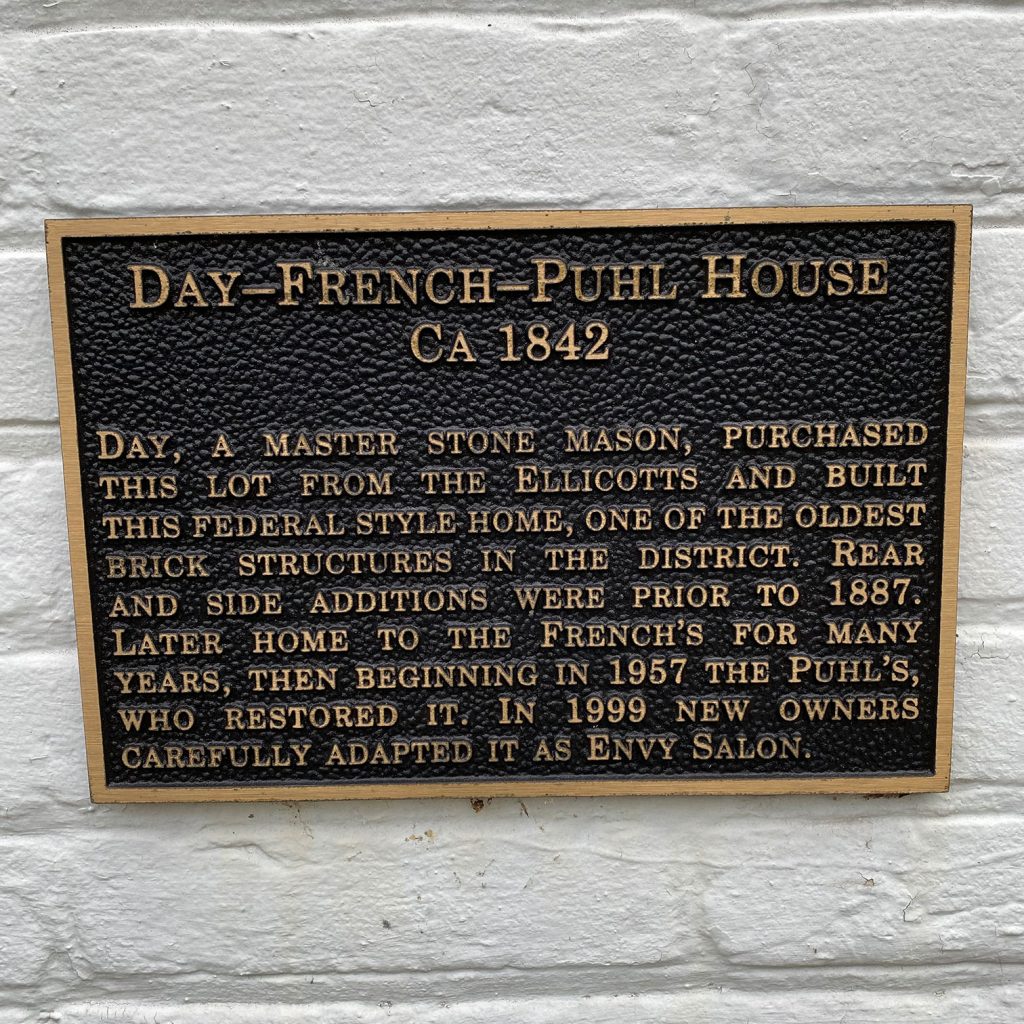 The former Envy Salon building is historically known as the Day-French-Puhl house and is believed to have been built in 1842.

A stonemason named John Day purchased the land settled by the original Ellicott brothers. Day was listed in the 1860 census as a 47-year-old stonemason. Ironically, in a town built primarily of stone, especially those buildings constructed before the Civil War, master stonemason John Day built in brick! He was 28 when he purchased the lot, and brick was generally cheaper than stone, so it is believed that economics drove that decision. This Federal Style home is one of the oldest brick structures in the Ellicott City Historic District. In 1999, the building was purchased and carefully adapted as envy.salon. We are so honored to have operated for 20 years from this magical space, for which we will always hold a special place in our hearts!